The swarm were seen to go in under the tiles 3 days before. There was no felt under the tiles so they had found the endless, undisturbed, dry empty space between ground floor ceiling and 1st floor. We could not reach far enough along the channel from the outside hence the need to pull up floor boards and gain access from above the nest! With home owners permission of course. Once we got the queen - more by accident than design, the bees all followed her into the bucket. We popped them into an old empty hive. Thought we had settled them in but just as we were putting the roof on there was a roar and they took off again round the garden where they then made a perfect collectable triangle. This time we put them in an empty Langstroth Hive with super. Queen excluder under the brood box to avoid further absconding. They settled well and drew out all 20 frames of brood and super comb in less than a week. Very nice tempered bees considering the disturbance and it was very hot 30°! Home owners were thrilled and have now had the whole house clad. The children were fascinated and enjoyed eating the honey straight from the new white comb that the bees had already drawn out and stored honey in. Jo Pierce 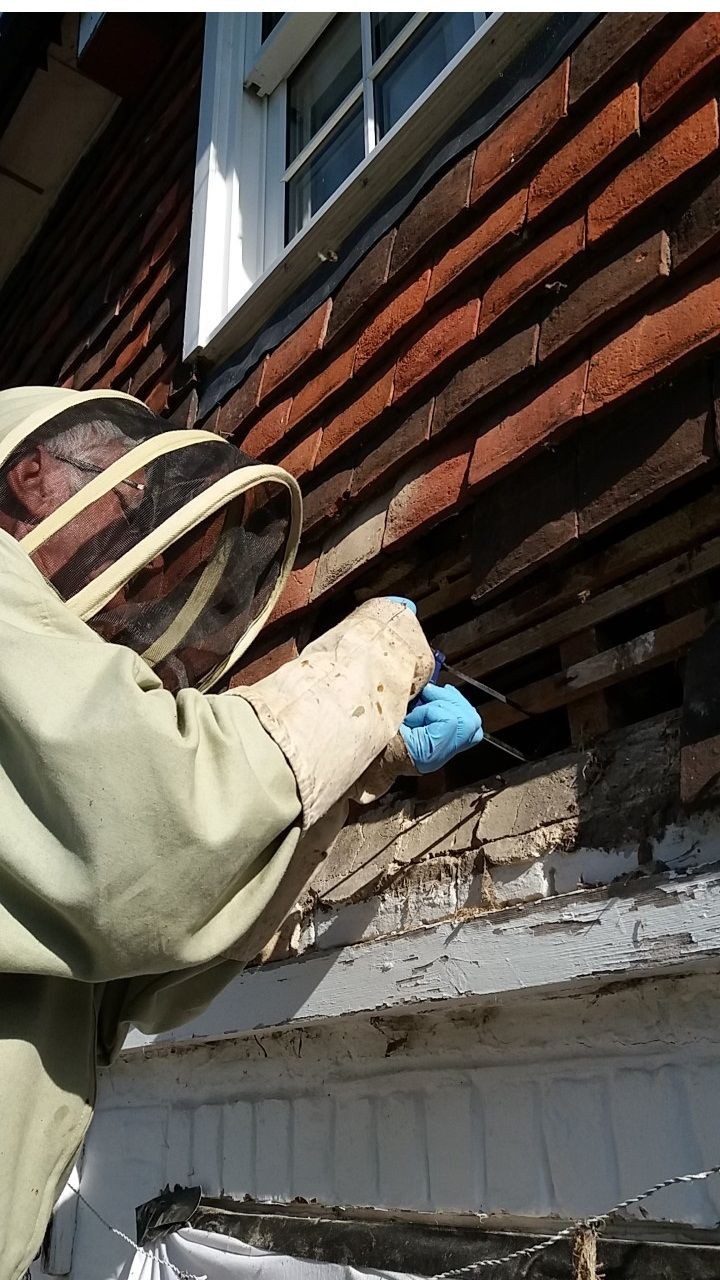 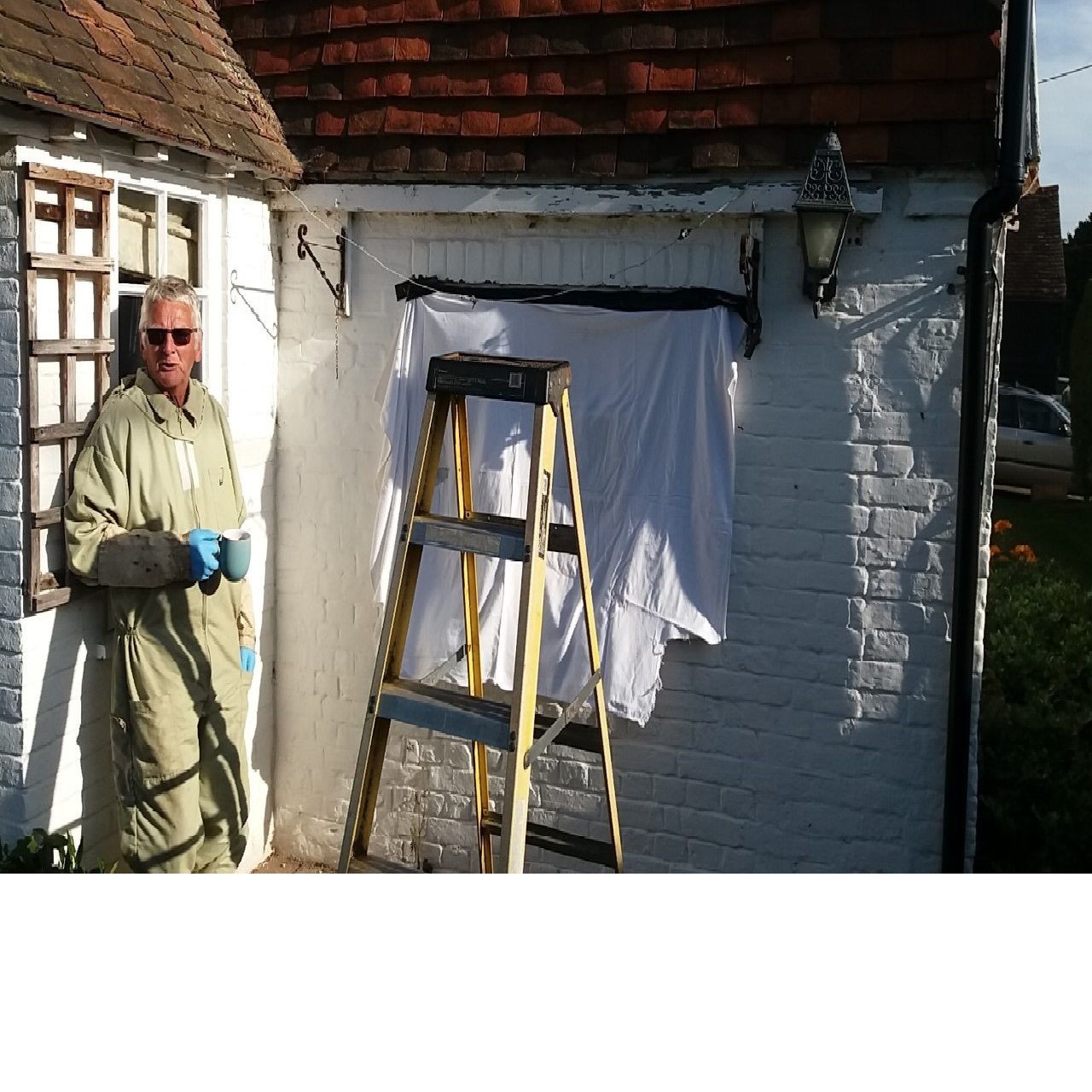 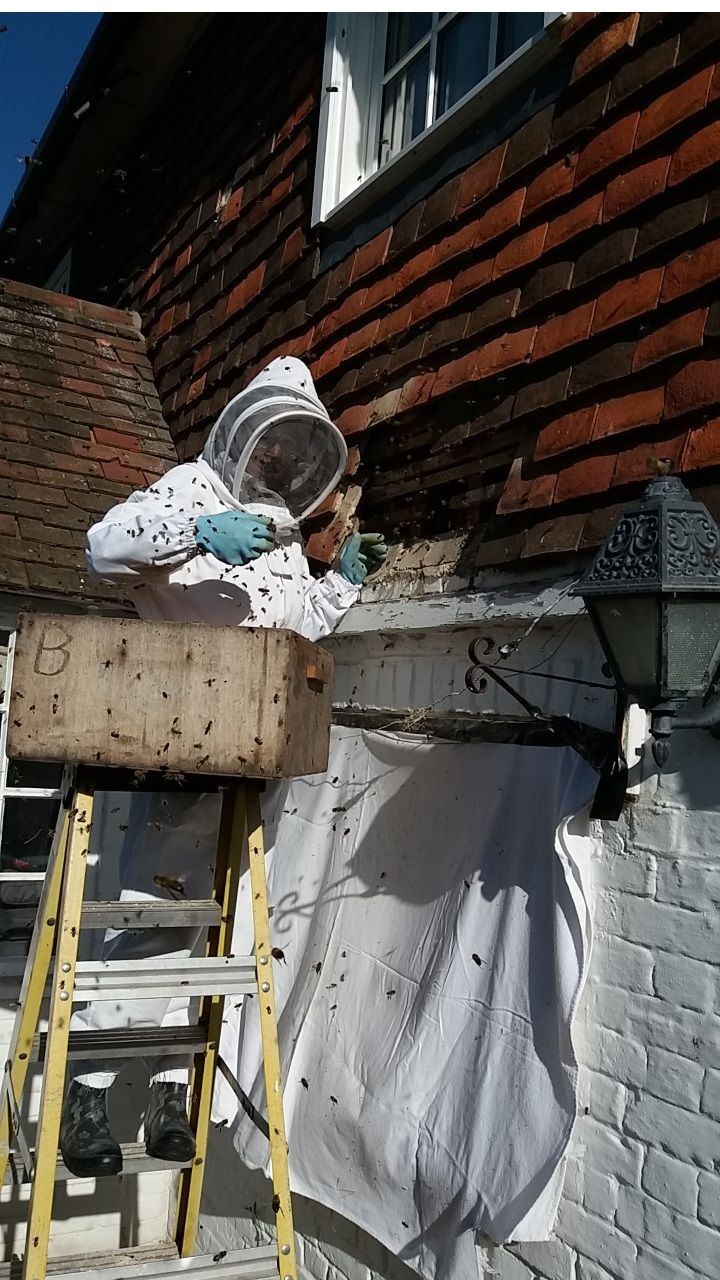 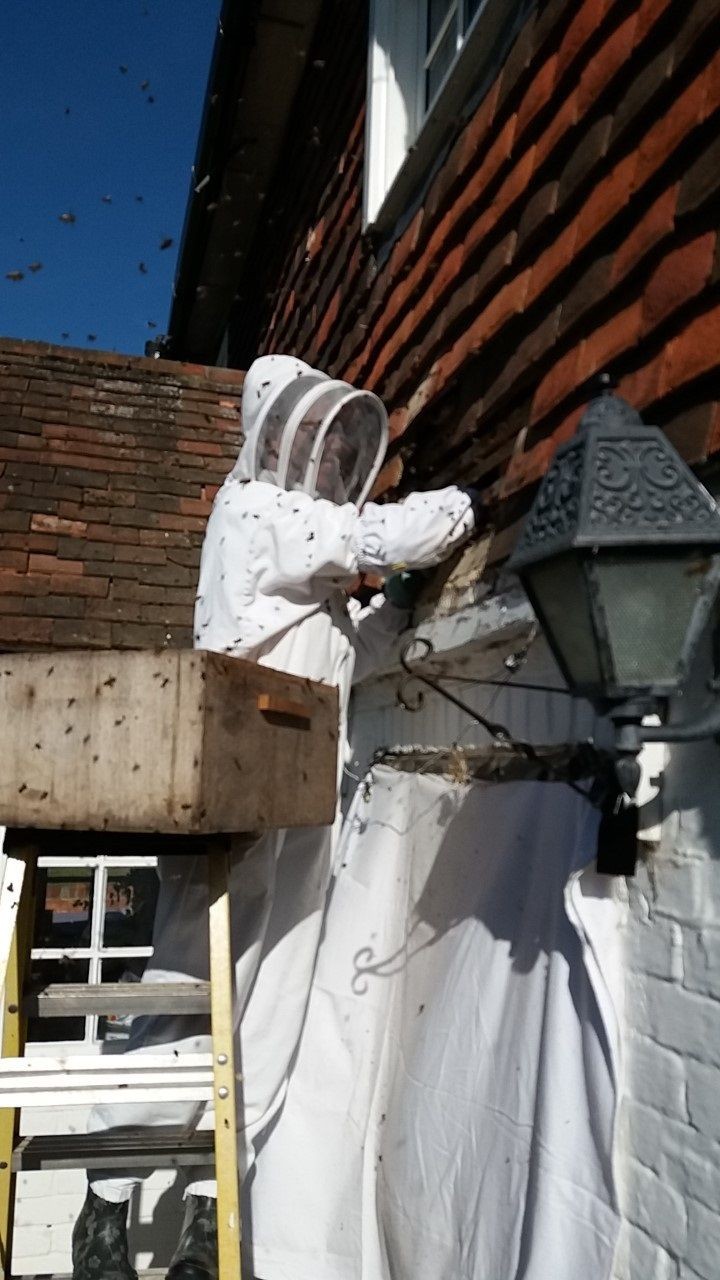 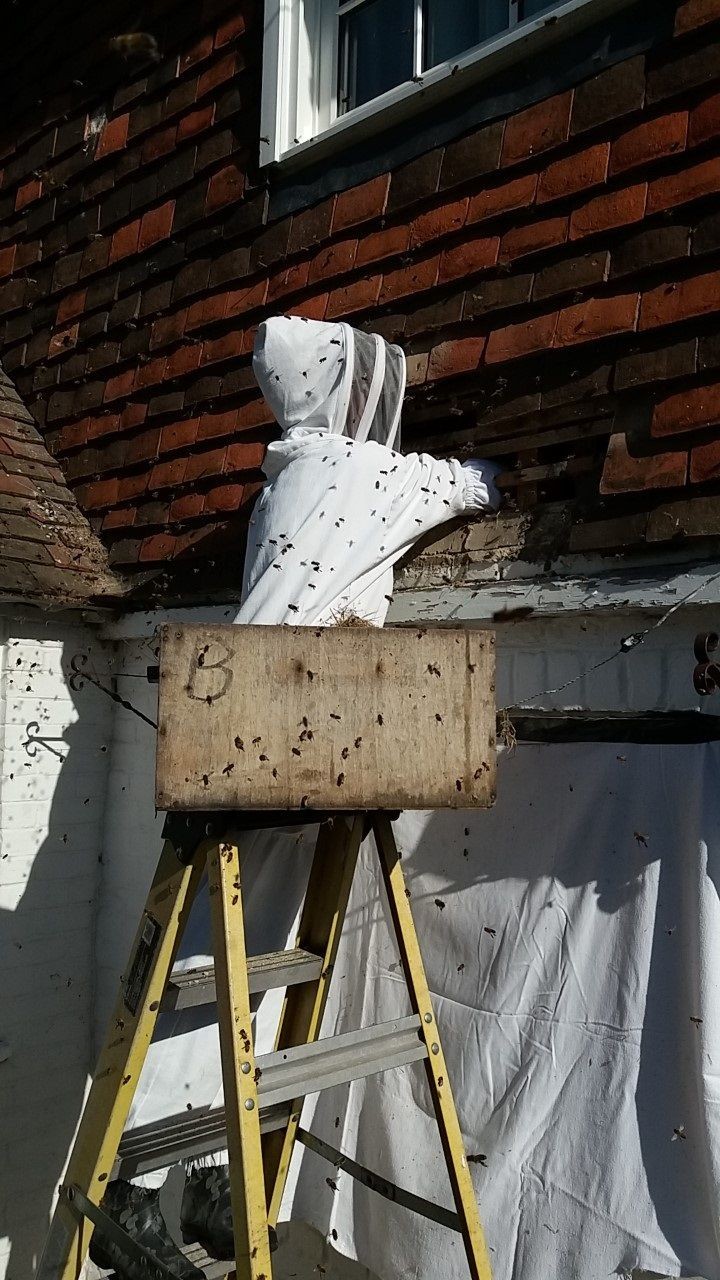 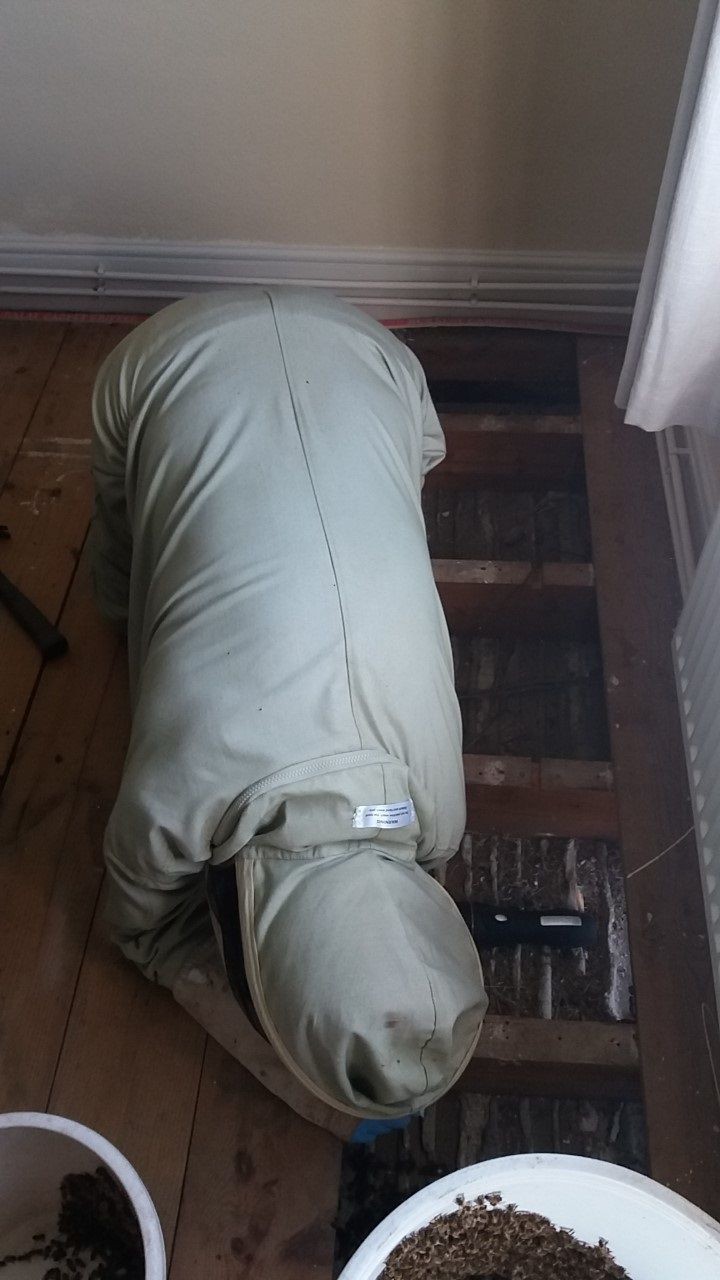 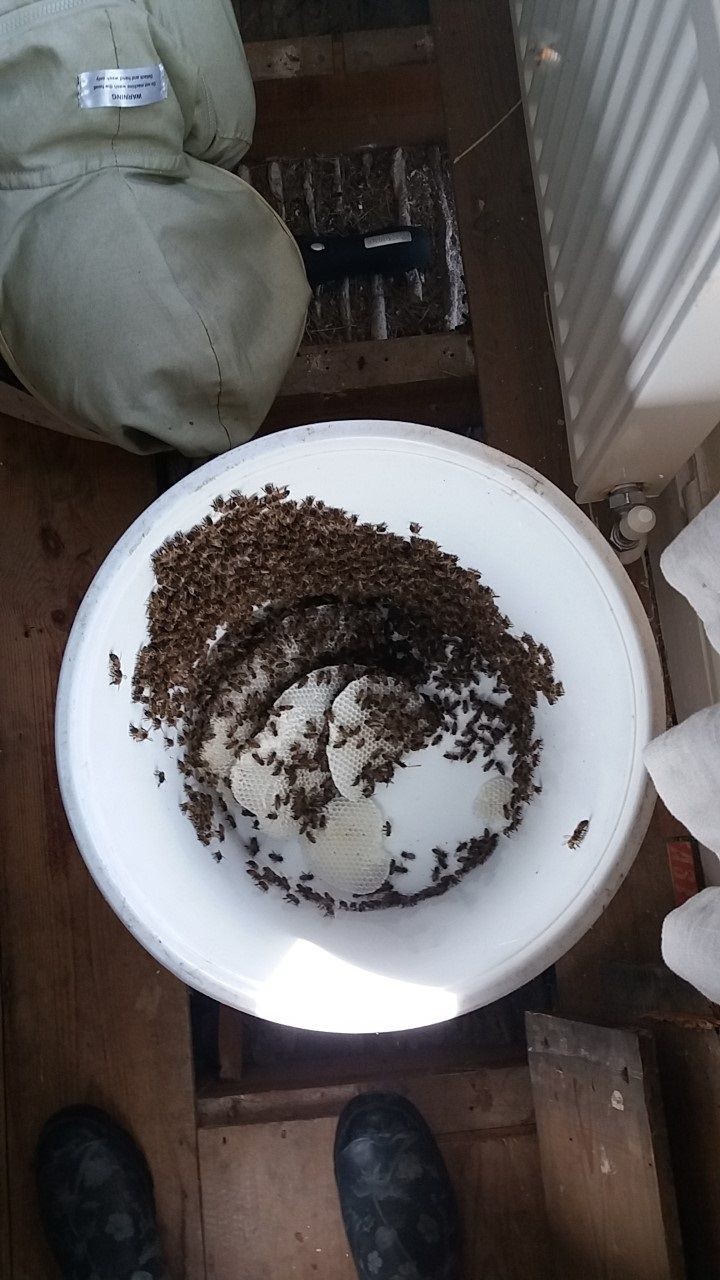 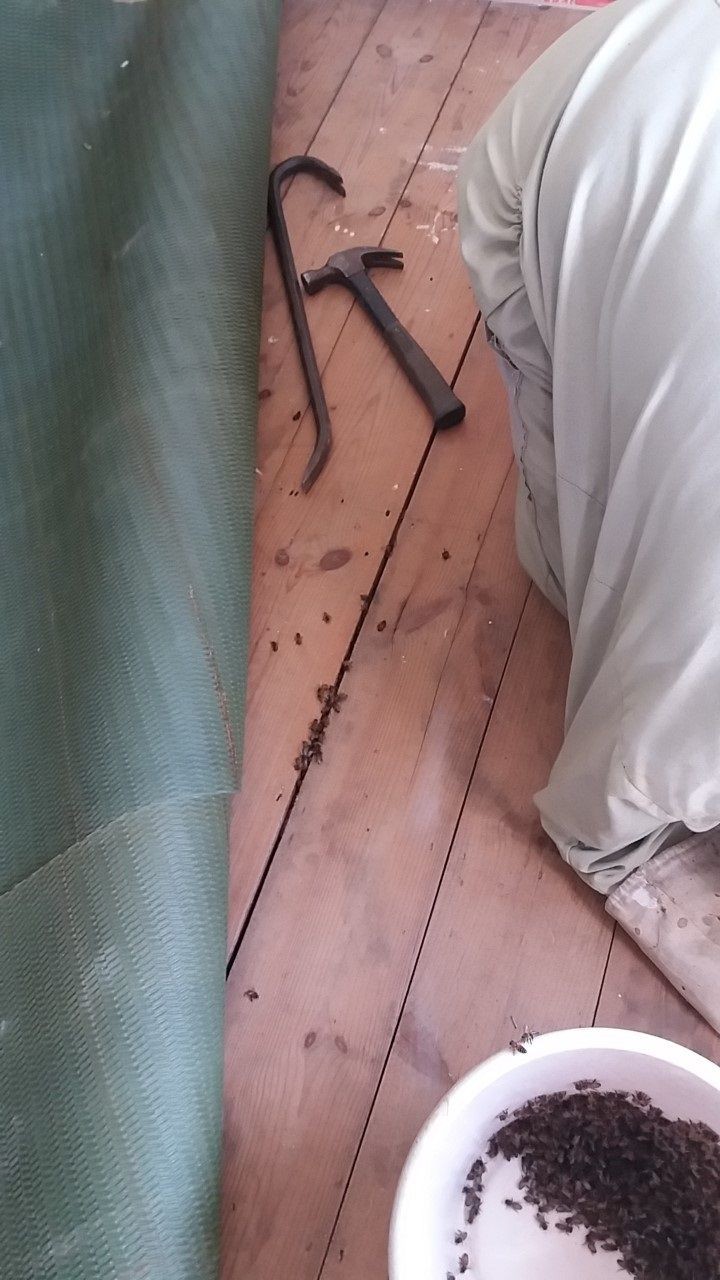 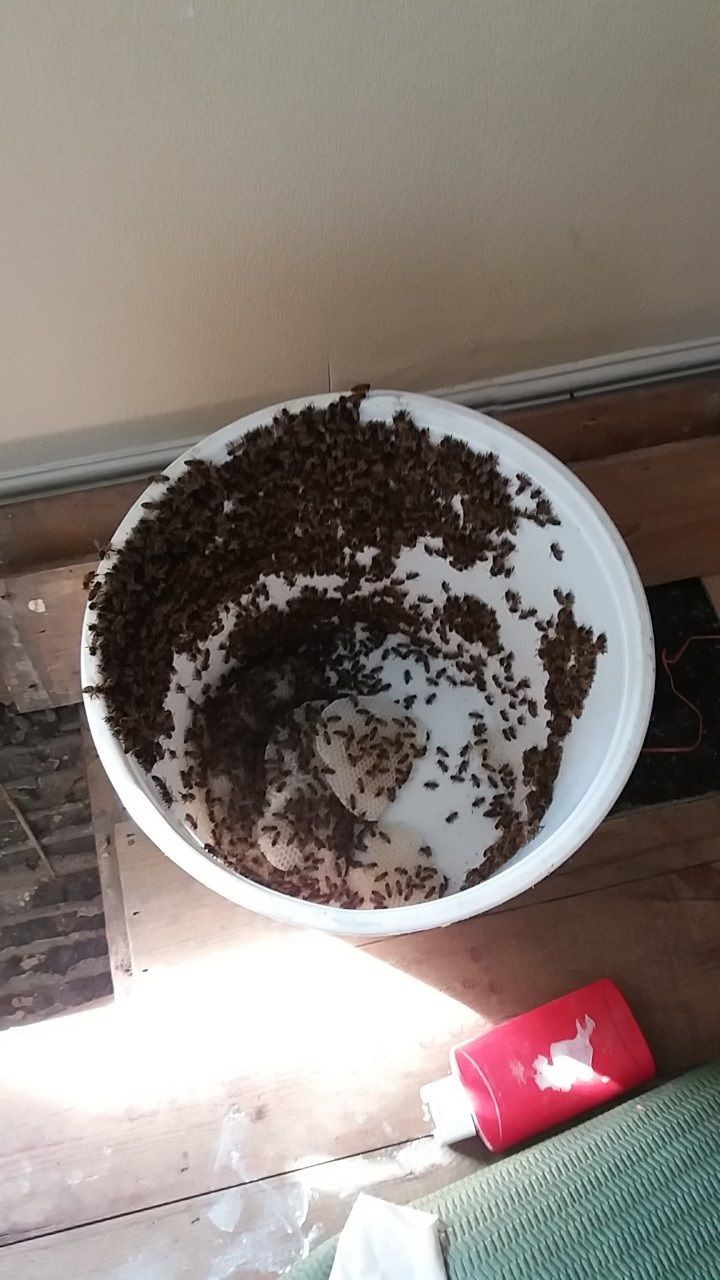 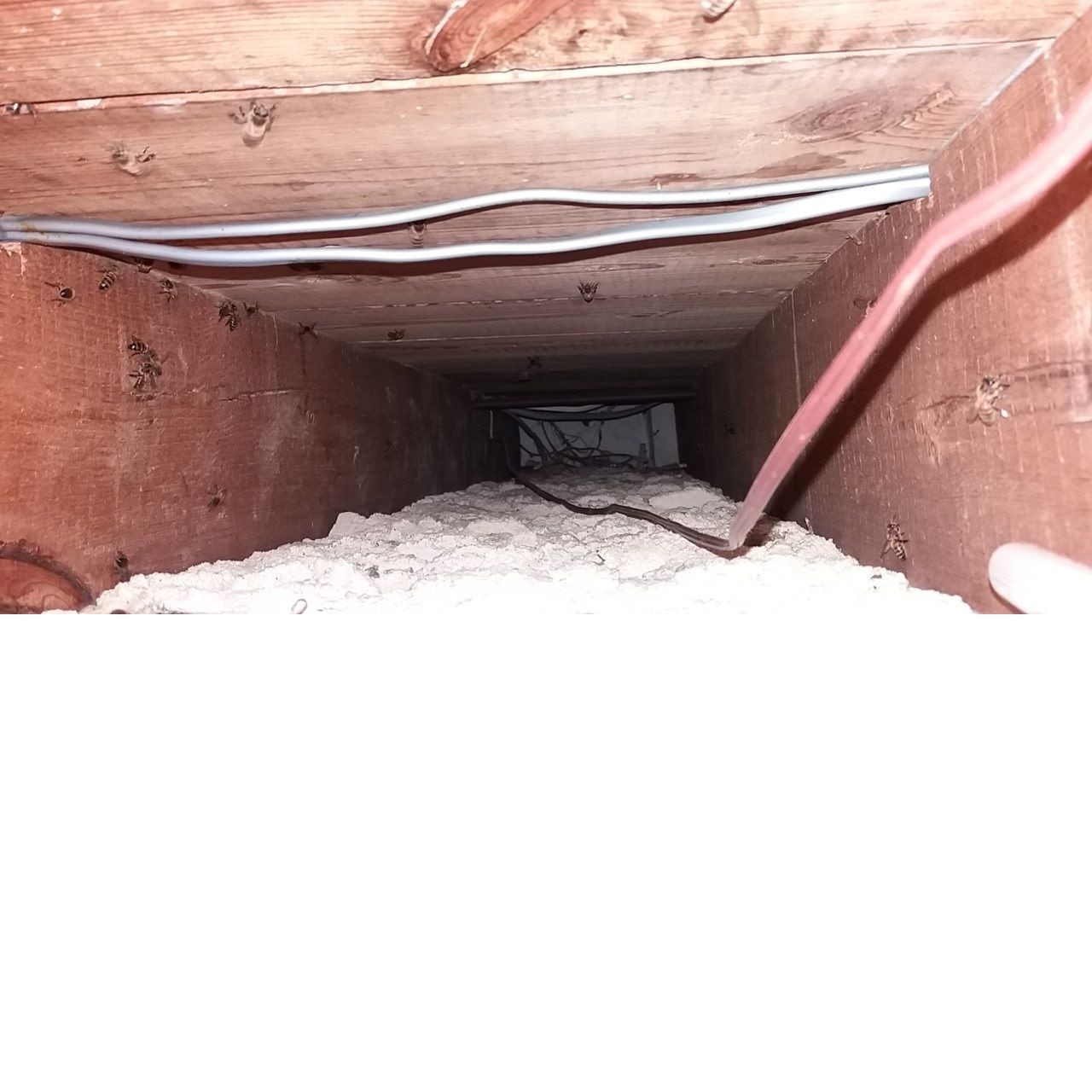 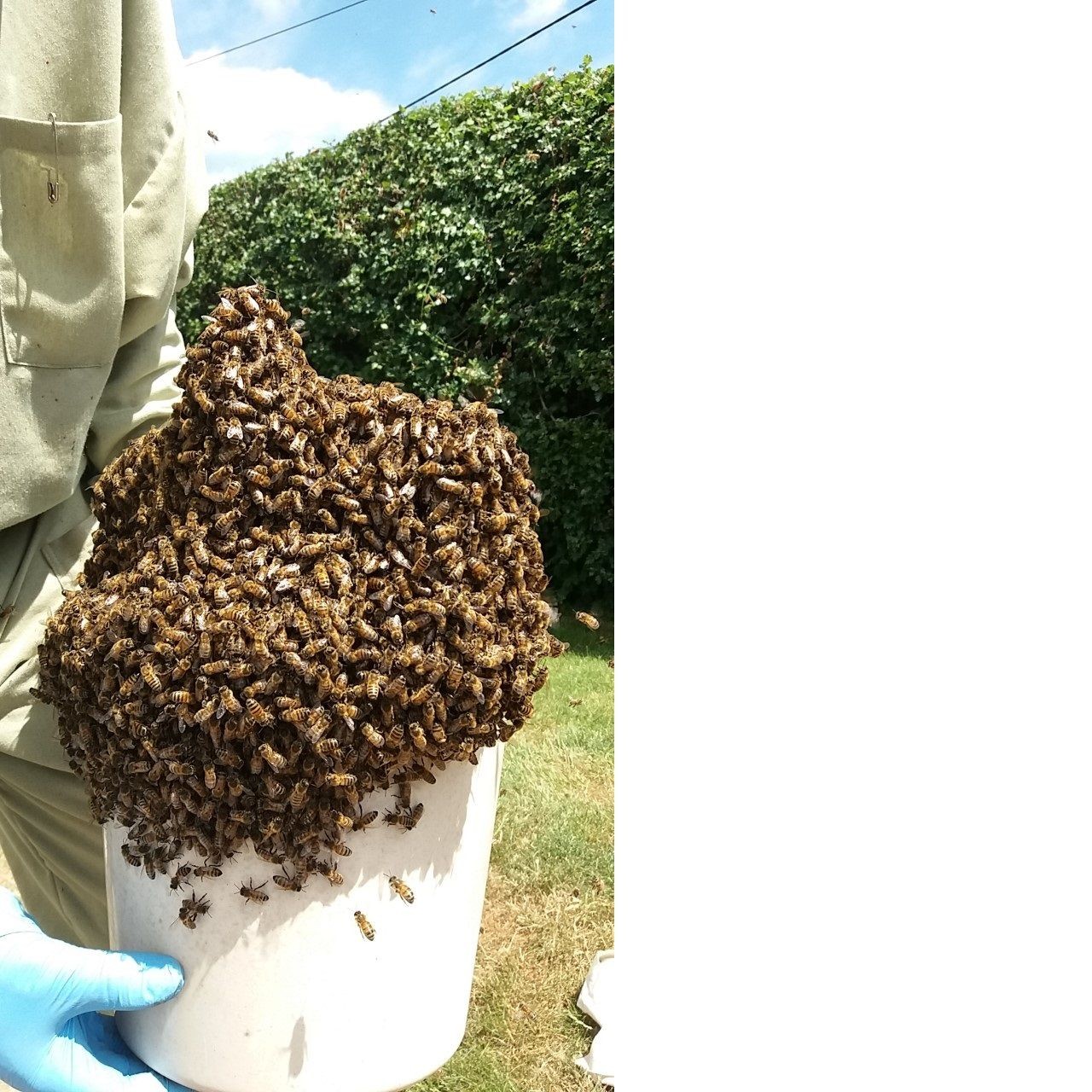 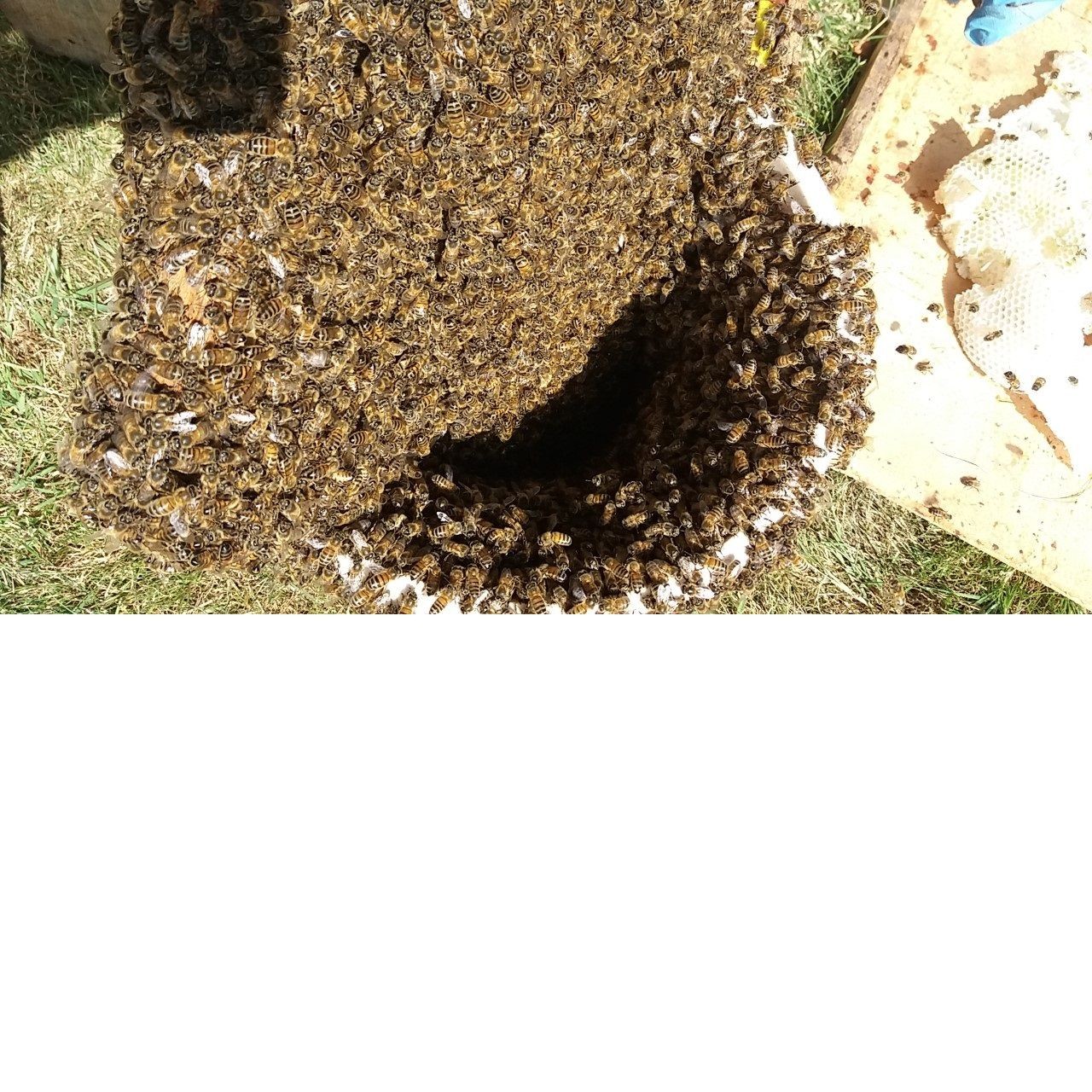 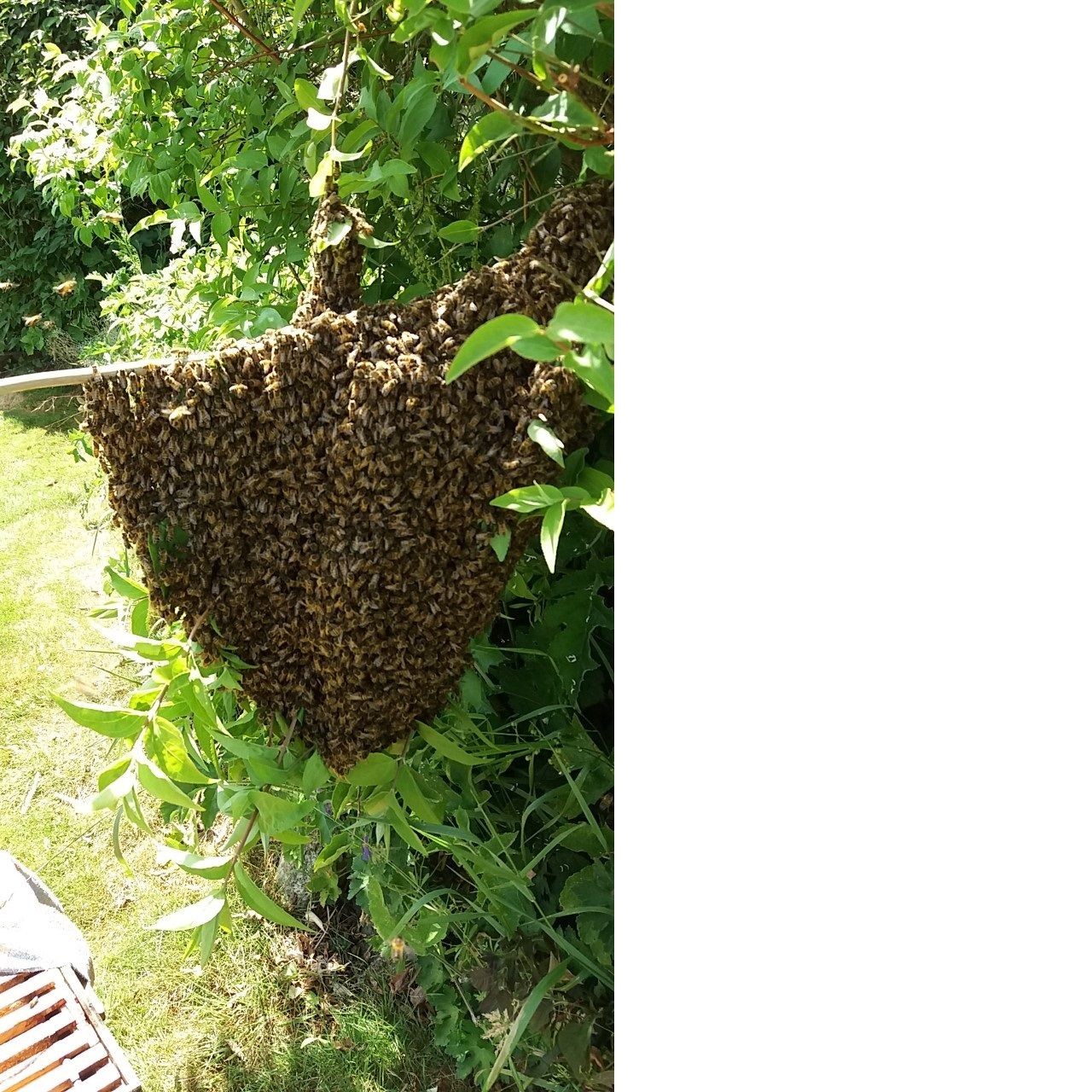